A Green New Deal – Beyond Green

Recently someone asked if I could talk about what’s in the Green New Deal. 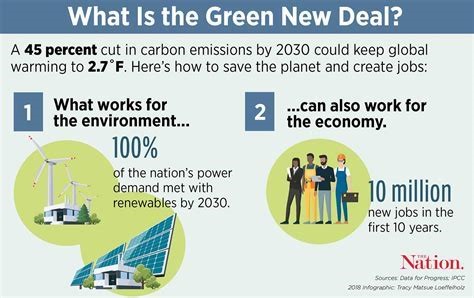 Well, the Green New Deal, if implemented, might give us a fighting chance to actually start to accomplish what we need to get done in just around 10 years. But my fear is, that, like so many really great ideas proposed by progressive people in the United States, it has been vilified so inanely that only people paying attention to the mountains of climate science coming out daily will give it the kind of support it will require. Calling it “A Green New Deal” was genius considering the magnitude of the challenges we face in addressing the current global climate crisis and drawing the logical comparison to the original New Deal depression era challenges and accomplishments. Unfortunately our politics today are worlds apart from what they were during the Great Depression of the 30’s and 40’s. When Franklin Roosevelt was elected president he was able to enact the massive work and social programs that turned the country around because people were desperate. They had no food, they had no job, and they had little choice but to embrace it. He was able to initiate financial reforms and provide the funding required for work programs because he had the support of the congress and eventually the support of the majority of the people.

So to the question, “what’s in the Green New Deal”?

While it’s not a super lengthy document there is quite a lot to unpack. First it suggests that to agree on solutions we need to agree on the problems. Briefly, that America faces different challenges today that are unsustainable and existential. Despite 50 years of environmental regulations and achievements, incremental policy changes and small shifts in market trends are no longer sufficient to meet the scale and urgency of the problems. 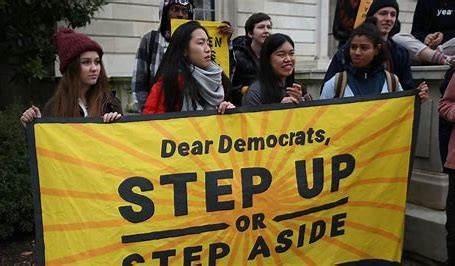 A Green New Deal recognizes that economic stability is not independent of environmental sustainability. A trade-off between the environment and the economy is a false one. It proposes that we can build a 21st Century economy, which by design will mitigate the causes of climate change.

The solutions can be summarized into 6 categories. They are as follows:

5. Put A Generation to Work

6. Ensure A Just Transition; All Green New Deal grants and projects must comply with:

So that’s it in a nut shell. The take away should be that A Green New Deal is more than just renewable energy or job programs. It really is a transition to the 21st Century economy. 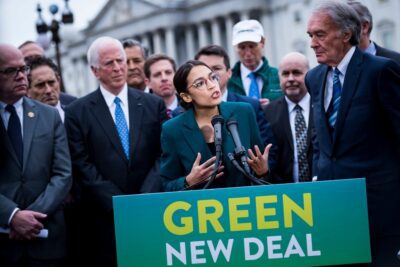 It is a great frame work to build from and the Green New Deal of course includes a lot of data and elaborates on the goals laid out above. However, I fear that the support for a Green New Deal or any progressive idea for that matter is stuck at 50% at best. While 50% is a challenge when it comes to passing things through Congress, the real numbers I think are far worse for implementing action on climate change. That could actually change sooner than we think. But in a survey from the end of 2018 82% of people in the United States had never heard of A Green New Deal. Still today people are mostly unfamiliar with the various actions that climate science describes as being needed. While some may live in a dream world of their past where they see no crisis and see no need to change anything, others know that something needs to be done but then can’t bring themselves to vote to support real change to the status Quo. The biggest excuse I hear is “how would we pay for it and why such drastic action, things still seem pretty good. Please, would you just dial it back a bit? I don’t really want an electric car and everyone can’t afford to put solar panels on their house.” There’s a million little things that keep pulling us back into inaction. People get in ruts and we as a country are definitely in a big rut. It may take a literal catastrophe to break us out of it. That is unfortunate if true.

People in the United States that have already faced the damaging effects of the climate crisis may be only slightly more convinced it is more than a streak of bad weather. In other parts of the world this is not the case. People are genuinely terrified about what is coming and that it’s coming sooner than was predicted. In many places it is already upon them. 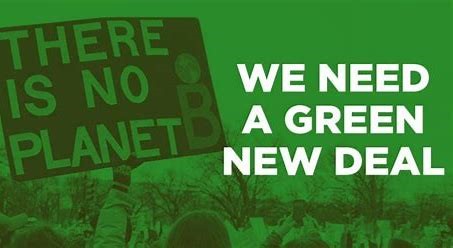 For the more informed person that is somewhat aware of what has been happening in the environmental community for at least the last 20 years, A Green New Deal looks kind of familiar. Clean Air and Clean Water, Restore the American Landscape, Urban Sustainability and Resilience and Transform to a Low-Carbon Economy. The last two, Resilience and Transform to a Low-Carbon Economy, they seem new? Well, not really. I recently was reading from a 2005 Federal Energy Program on Sustainable Design that mentioned the importance of moving away from fossil fuels and designing buildings that are resilient to the various climate conditions projected to change over the next 30 years. That was Federal Guidelines proposed by the George W. Bush administration. How far we have fallen can take your breath away. So, the parts and pieces of A Green New Deal are all reasonable goals one would think.

Where A Green New Deal differs from past programs like LEED, Energy Star and others is that it proposes to tie these environmental goals to an over-arching national policy with timelines, funding and leadership. All things we seem to be in short supply of at the moment. Other differences are that it proposes to put the focus on disadvantaged communities that have experienced more than their fair share of environmental degradation and for the most part did not share in the benefits of previous environmental programs. And maybe most important of all is that we need A Green New Deal to mobilize a generation to do, not what is easy, but what is going to be hard. The 40 million acres of reforesting to be done and the wetlands and toxic waste sites that they need to restore will not be work to beautify America so much as work that will, with much luck, be an important part of what keeps the planet from reaching its tipping point. When that tipping point is reached it will be too late. Meaning that no matter what we do after, it will not save life as we know it on planet Earth.

I have heard politicians that support A Green New Deal say that it is not a law that they are proposing to enact but a frame work for what needs to happen to address economic inequality, injustice and the threats from climate change. To me that sounds like an attempt to soft-sell the Deal to the majority of people who might acknowledge the global climate crisis but have not seen any need to take personal action. It is just too difficult and unimaginable for most to comprehend the actions truly needed right now. Some will take the leap to action because they will see this as a business opportunity with money to be made from A Green New Deal programs. Maybe that will be the driver and be what is needed for this to become a movement? I’m afraid however that Greta Thunberg is right when she says that this crisis cannot be confronted head on by selling it as a Green Jobs Program. It needs to be seen for what it is, and that is a legitimate response to an existential global crisis. I hope that A Green New Deal will be less “Green Jobs Programs” and more “World War Zero”?

For information on a Green New Deal go to https://www.dataforprogress.org/green-new-deal-report 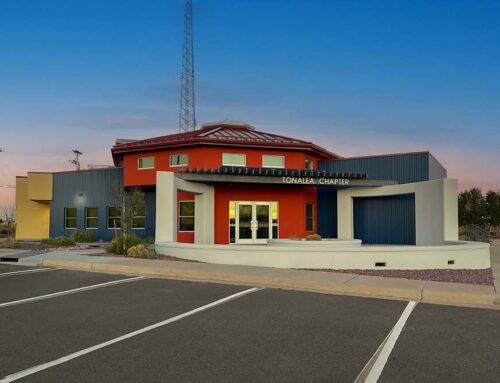 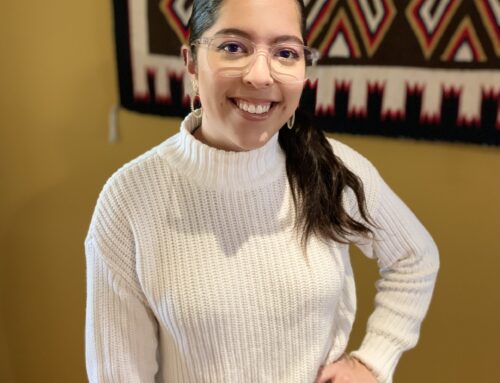 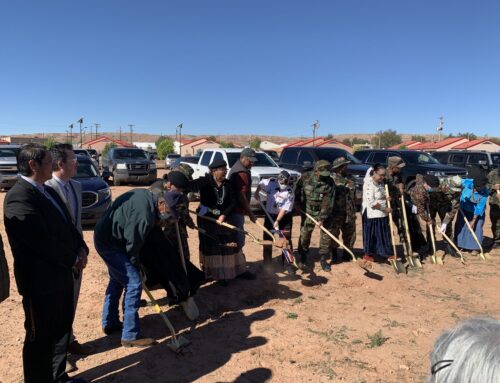 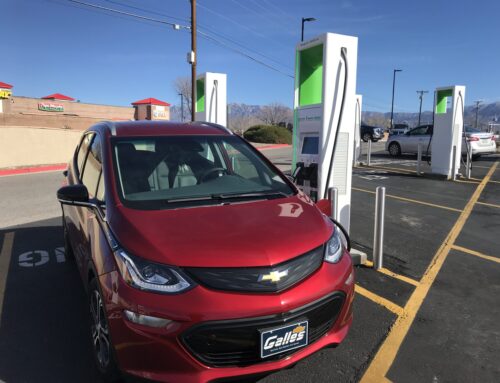 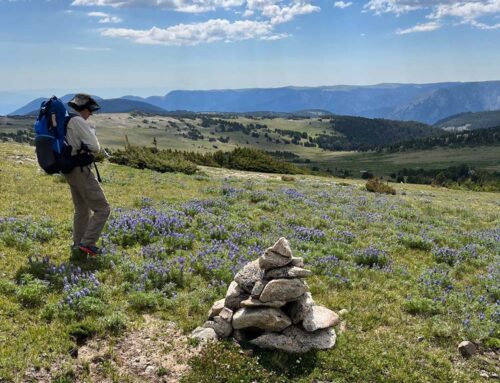